General Razdan – The Story of A Hero 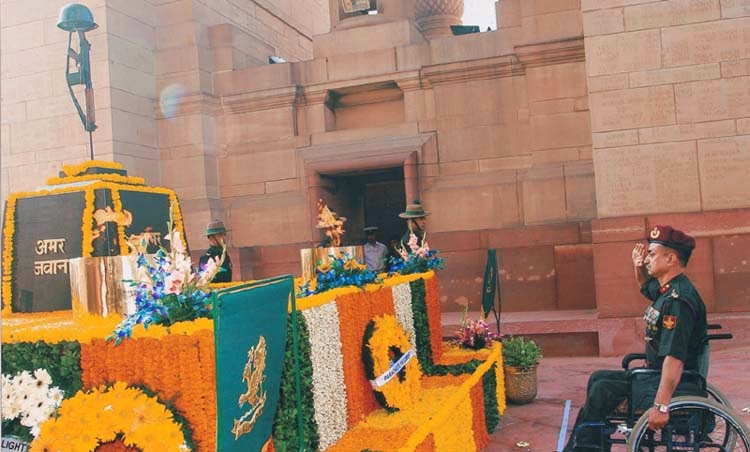 Lieutenant Colonel Razdan served as an army officer in the Special Forces involved in counter-terrorism operation in terrorist-ridden Kashmir valley.  His birthday, October 8 in 1994, turned out be the day that changed his life forever.

That morning, news was brought to him that fourteen women, including young girls, had been abducted by terrorist were being sexually assaulted for the past one week. Razdan and twenty of his men scaled forty kilometers of the mountainous terrain on foot for more than three hours.

At last, they established contact with the assaulters in Damal Kunzipur. The ladies were holed up in a three-storeyed house with the militants on the upper floor.  The Army squad managed to rescue the women. Nine of the militants were wiped out.  Razdan suffered severe bullet injuries, shot at point blank range.

Collecting his wits and, bizarre as it may sound, his fallen intestines in a cloth, braving the pain and profuse bleeding, Razdan crawled out.  At an altitude of 3,800 meters, there was no medical help on hand. His buddies helped him to the primary health centre where he administered his own intravenous drip, and after 16 hours was air lifted to a hospital.

For a whole year, Razdan lived in hospitals. “My doctors told me that I would never get up from my bed. I said ‘to hell’ and got up”, he said. He had been subjected to multiple surgeries and nine feet of his intestines had been removed. Razdan was not one to be cowed down and he began to devise ways to bounce back to as normal a life as he could lead.

“Early realization and acceptance of my physical challenge helped me pull through psychologically. My wife has played a major role in my recovery ensuring that I continue to fight with her”. Razdan began to work on strengthening his abdomen by controlling his diet. He subjected himself to a strict exercise regimen for his hands.

“I refused to take sedatives. I prefer the pain, which I still endure all the time, because it acts as a stimulant, keeping me awake and helping me learn more about things in different spheres of life – science, occult science, technology, human life and innovation’, he declares.

“During my school days, I used to sleep with my eyes open. Now I sleep with my mind open”. Gradually, from his wheelchair, Razdan began doing all the things that he had been doing before the injury. “There is no substitute for hard work”. “My Motto ‘I can” has made me do whatever any normal human being can do. I take both success and failure in the same stride.”

Razdan rose from the level of Lieutenant Colonel to a Colonel and recently to a Major General and has become the first undeterred army officer in the history of Indian Army to serve from a wheelchair.

Soon after the 1994 encounter, the Government of India honoured him with the second highest bravery award, the Kirti Chakra.  “My aim was to save the girls from humiliation not to bag the award. So what if I was injured? It doesn’t make a difference”, he exclaims.


Download The PDF Version Here
Posted by Unknown at 20:30